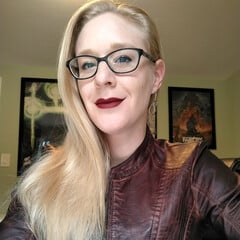 I am have a decade of experience in AAA game development.

Graduating from Humber College in 2011, I began my career at Ubisoft Toronto as a Junior Modeler and quickly advanced to the role of Level Artist. I've worked on a number of titles in Ubisoft’s flagship franchises including Assassin's Creed, Far Cry, Watch Dogs, and Splinter Cell.

In 2017, I joined Digital Extremes as a Layout Artist on Warframe, contributing my expertise to many major updates including: The Jovian Concord, Heart of Deimos, The New Railjack, and The New War.

August of 2021 I joined the team at Bioware as an Environment Artist.